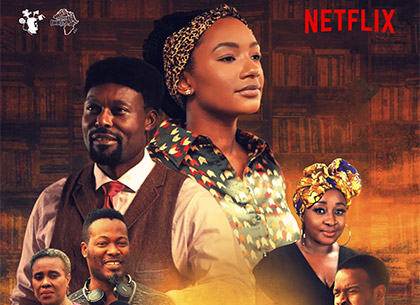 From the ivory towers of academia to the shriving pews of religious centres, the past few years have witnessed a global reckoning for perpetrators of sexual harassment, especially by abusers who wield significant power over the abused. While Nigerian tertiary institutions are the centre ports for power-driven gender and sexual-based violence and harassment, the challenge has not received a corresponding level of attention in Nigerian cinema. The few times it has, the depictions have been done through blatantly hazy stories, pedestrian plotlines, unconvincing dialogues and stereotypical resolutions. Kunle Afolayan's Citation sought exoneration from this indictment with a compelling visualization of Moremi Oluwa's depressing tale. However, this review is not an assessment of Citation's production quality or stagecraft. Instead, it is a critical interrogation of the legal, procedural and gender issues it examines and ignores. 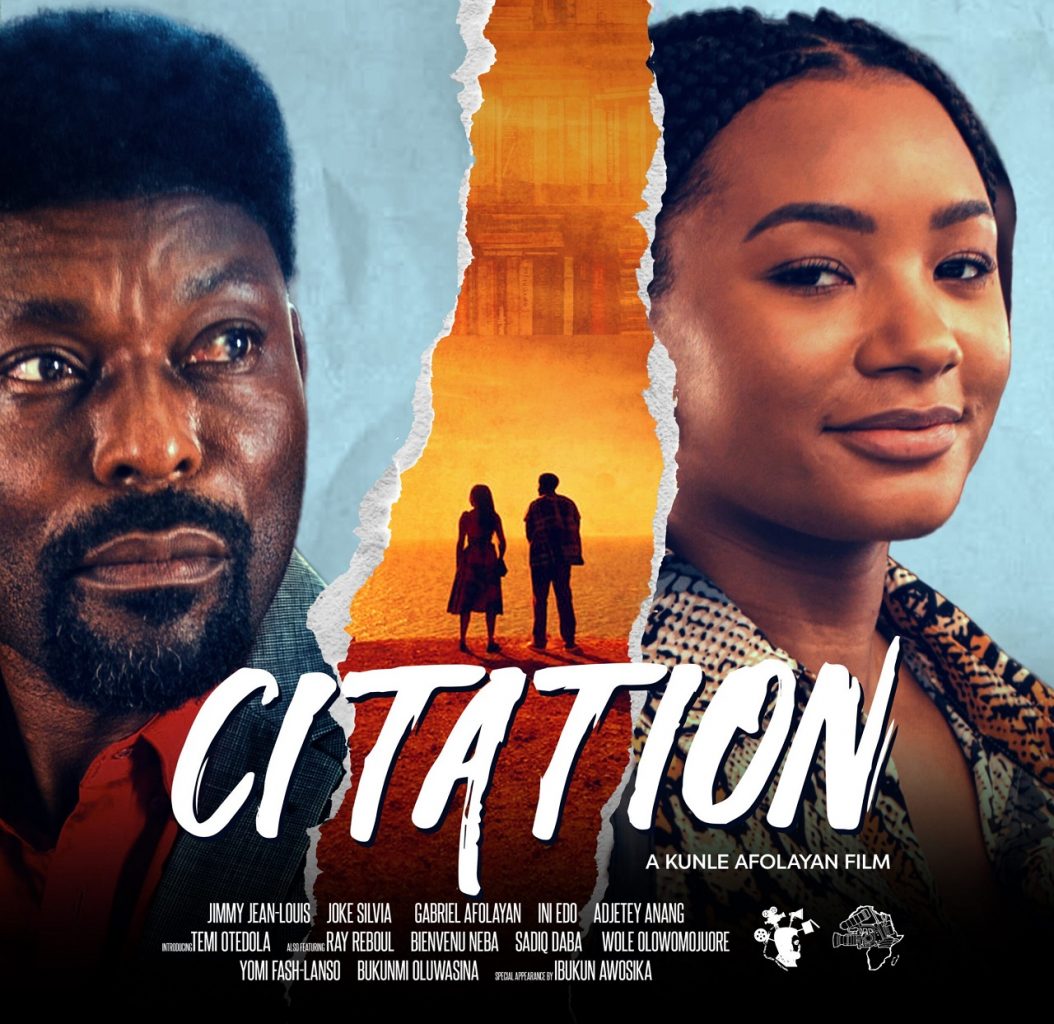 A poster of the citation movie sourced from google

Christened after a Yoruba warrior-queen who delivered victory to her people by infiltrating enemy ranks, Moremi—a brilliant, ambitious, and self-spoken postgraduate student—is thrust into a battle for academic survival when she accuses Lucien N'Dyare, a prominent professor, of sexual harassment and attempted rape. A noticeable feature of the Nigerian university space is that the voices of sexual harassment victims are often hushed and their perspectives undermined, especially when female students make allegations against male lecturers. Citation employs reverse chronology and flashback to weave the fabric of the story, inviting the audience to journey through Moremi's eyes. N'Dyare was captured by Moremi's intelligence, eloquence and perhaps, beauty, that he feigned vulnerability and inability to drive a manual car to invite her attention. Did Moremi fall for the trick? Did she see a mentor in N'Dyare, and sought to build a relationship with a professor who holds the key to a UN internship she had always sought? The situation quickly degenerates into more obvious advances: N'Dyare tries to kiss her during a class excursion to Cape Verde, seized every opportunity to engage her in inappropriate venereal conversations, and attempted to rape her when she inadvertently stayed back after a class party at his residence. When she withdrew from and threatened to report him to the university, he became hostile and failed her dissertation.

Moremi quickly gets a hearing before the university panel convened to try N'Dyare, utterly atypical of the course of similar events in Nigerian tertiary institutions. This is the first clue that the story will betray real-life circumstances. N'Dyare asserted his innocence and claimed Moremi was the seductress. Moremi virtually represented herself before the panel—even though she had a lawyer, Angela, played by the adorable Joke Silva—that she returned alone to Senegal in search of evidence to incriminate the randy professor. N'Dyare's lawyer (Yomi Fash Lanso) hardly said a word. Lawyers do not sit through disciplinary proceedings as vegetables, and it wasn't clear why the story hushed the voice of a critical stakeholder in disciplinary proceedings. Although disciplinary panels do not take the place of law courts, they have a quasi-judicial character, and the rules of legal representation and fair hearing are applicable. At the very least, the panellists' questioning of witnesses should have been conducted by Moremi and N'Dyare’s lawyers. Robust interventions by the lawyers would have enriched the story; the panel's boring proceedings would have given way to enlightening and dramatic exchanges that lawyers are known for. In fact, it is often recommended that disciplinary panels have at least a member, who would be a lawyer, to ensure basic compliance with policy and legal framework.

Moremi returns from Senegal with a new witness who provides insight into N'Dyare's past misconducts. Vincent Cardosa’s testimony of similar past conduct by N'Dyare and the evidence of Koyejo—Moremi's insecure boyfriend, who affirmed that N'Dyare's behaviour went beyond the bounds of student-lecturer relationship—was pivotal in helping the panel find N'Dyare culpable. However, Cardosa's testimony only established previous wrongdoing and had no connection to the facts the panel was trying. The plot twist his testimony is designed to provide is slightly diminished. 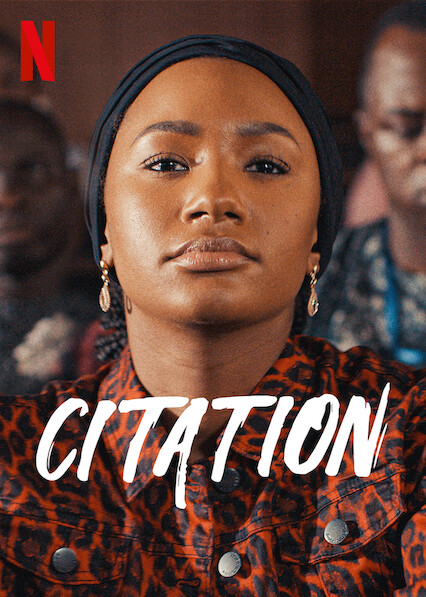 A picture of Temi Otedola, one of the lead character of the citation movie. Source:google

Hushing N’Dyare’s lawyer made it easier to conclude the story in Moremi’s favour, but there is more to the Citation sprint to a probable resolution. Citation reminds one of the mathematics students who, instead of solving a complex differential equation, step-by-step, to see where it leads, rushes to the back of the textbook to lift the final answer verbatim. But they later become painfully aware that there are more marks for the process than the final answer. Many viewers believe that Citation hastily ran to its conclusion: the vindication of Moremi and the indictment of N'Dyare, ignoring essential building blocks in the process. The rush to become the Professor's unsolicited driving teacher, and her decision to attend the voluntary Christmas party at his house may have agitated the minds of many in the audience, who may have thought that 'she asked for it'. At best, the filmmakers didn't want to spoon-feed their audience and assumed that they would understand that sexual harassment cannot be justified under any guise. However, that assumption is unsafe in a culture where many still believe there are circumstances where harassment is justified, and there are instances where 'No means yes'. Raising such important questions in the viewers' minds and glossing over their answers made the story too simplistic, and showed a rush to the solution.

Furthermore, N'Dyare's indictment rests on the conclusion that his relationship with Moremi transcended an ordinary student-lecturer relationship's boundaries. Still, the film falls short of clarifying the right normative content of a student-lecturer relationship or the ideal limits of a professional cum social relationship when one party wields asymmetrical powers. If anything, Citation undercuts its message when Angela told Moremi that her husband wooed her when she was a young associate in a law firm, and he, a partner. She added, "There is a thin line between wooing and oppression, especially when one party has power over the other. What we must do is erase every doubt from the minds of the panel." This suggested that as long as it doesn't cross the line of oppression, it may be considered appropriate for a man who wields power to woo an employee or student over whom he exercises power and control. This is the unintended consequence of Angela’s statement. If it is true that the power imbalance between staff and students hinders the capacity of a student to provide free consent for sexual activity, and sexual activity without free consent is harassment and assault, then Angela's beautiful marriage story was at best the fruit of a poisonous tree. Her experience is emblematic of what countless girls, fresh out of law school, suffer in the hands of partners in law firms. That hers resulted in marriage doesn't make it less inappropriate in a work environment. The filmmakers may have managed to erase the panel's doubts, but they left the audience with more confusion about power-centred harassment. And in dealing with sexual harassment, especially in a social impact film, clarity is critical.

The archetypal image of victims of sexual harassment projected in Nigerian cinema is that of a weak-minded female student who is at the mercy of a randy lecturer because of her lack of confidence. This is not without reason. Atan organizational level, we have interacted closely and continue to facilitate access to justice for victims of sexual assault, and they have a recurring profile: indigent and defenceless. They are not usually as smart as Moremi, cannot speak multiple languages, do not ask thought-provoking questions in class, their fathers are not ex diplomats, and lack the capacity to go on an expedition to Senegal in search of evidence to prove their innocence. It is hard for them to see themselves in Moremi, and Citation may have inadvertently impressed on them that only a particular class of victims get justice. Citation's class stratification of victims becomes more visible when one imagines that Rachel and her colleagues—who exposed DrGrillo and inadvertently led to his death—may have had a different outcome if they had a different surname or belonged to Moremi's social class or had her fighting power. Class distinction is a sad reality of existence in Nigeria where your social class determines your opportunities and, therefore, your outcomes. But Moremi's social class could not shield her from public shame; she suffers the same humiliation as victims in lower economic and social rungs. The public spectacle that her trial became, reinforces the need for policies that ensure and guarantee the anonymity and by extension the physical and academic security of sexual harassment victims on campuses to embolden more students to share their experience and make our tertiary institutions a safe place.

Yet, it is not without value that Citation flips the typical construction victimhood. Despite being shoulders above her contemporaries, Moremi's vulnerability is a valuable reminder that no one is exempt.

This review was put together by the Gender Mobile team. Gender Mobile Initiatives is an Organization adopting a comprehensive approach and leveraging technology in gender-based violence prevention and response effort.

Gender Mobile in commemoration of the International Women’s Day and Women’s month 2021, recognizes the outstanding achievements and progress...