Sexual Harassment redressal in Tertiary institutions: How balanced is the wheel 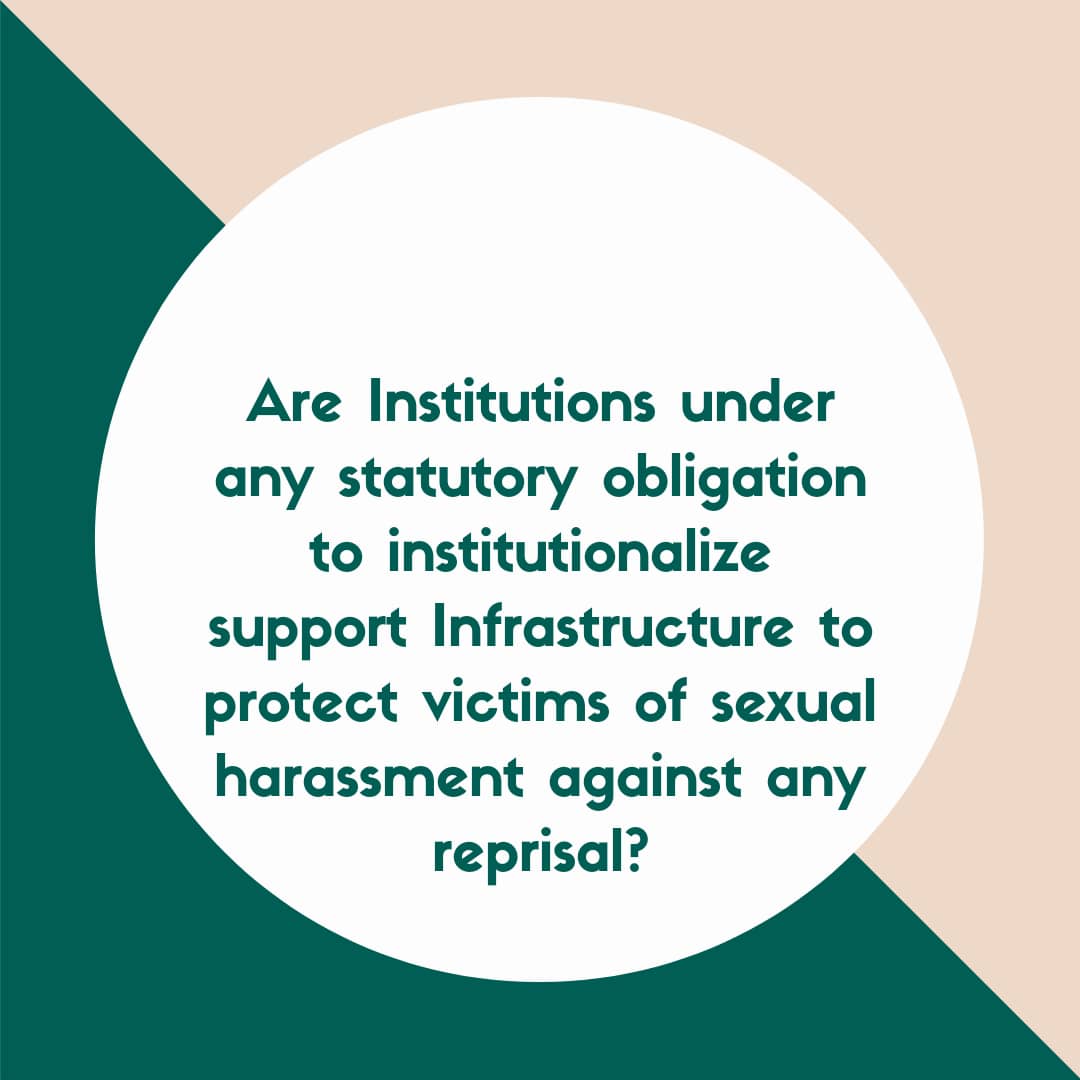 In October 2019, BBC Africa aired an episode on her channel Titled “Sex for grades”, a piece of work credited to Kiki Mordi's journalistic investigative approach. Contrary to some opinions, cases of harassment on the basis of sex for grades is in fact part of the de facto system in Nigerian universities.

Interestingly, not many official cases of these misdemeanor are recorded and reported enough. A recent study conducted in 7 tertiary institutions by Gender Mobile Initiative attributed high prevalence and low reportage of sexual harassment to power hierarchies, lack of grading integrity system, fear of reprisals, lack of effective policies and confidential reporting channels.

The victim- victimizer differentials in sexual harassment cases further lends credence to the fact that both male and female students experience sexual harassment in different forms. However, the  disparity in the number of complaints regarding harassment against the female students by male Educationists remains vast. This and other sundry issues bothering on regulation of social relations between faculty and student are expressly highlighted without any ambiguity. 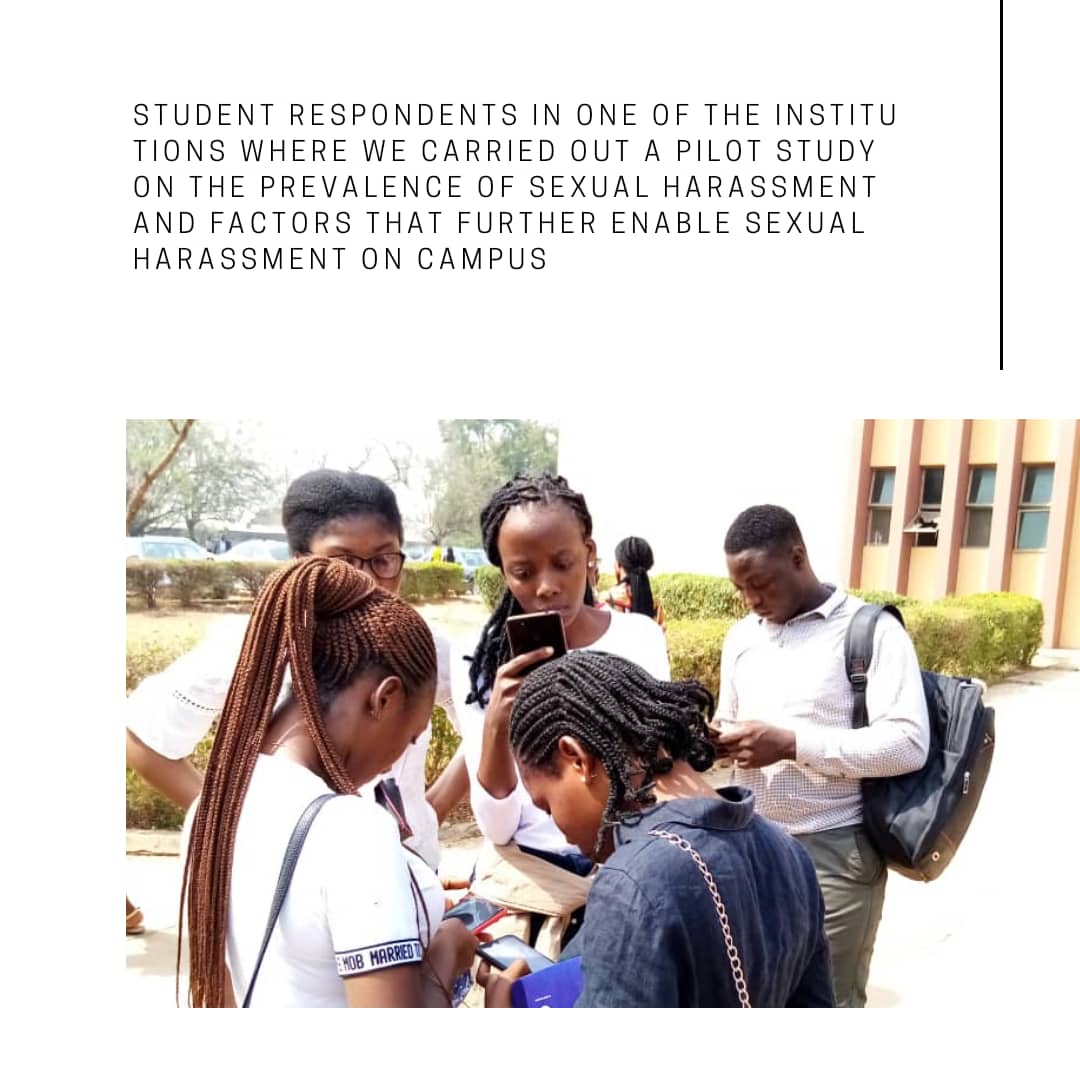 Shots taken during our campus survey on sexual harassment.

It goes without saying that the BBC documentary revealed the scale of the problem and the dimensions to sexual harassment, an exposé that activated the re-emergence of the anti-sexual harassment bill and helped galvanize support for the passage of the bill. This isn’t merely a welcomed development that is long overdue, but also a very necessary step in the right direction. While this uptake is currently undergoing parliamentary and presidential scrutiny respectively, a painstaking glance at the provisions sets the stage for further interrogation on the workability of the bill given the existing structural deficit in our tertiary institutions. Comparative studies of institutions with outstanding records of a balanced organizational culture show systems with support Infrastructure to protect victims against any form of reprisal.

The  explicit absence of a relevant provision mandating institutions to institute responsive and survivor centered internal mechanism must be viewed holistically from the perspective of power imbalance and addressing the need for restorative justice. An Express stipulation to this effect will aid the cause of power balance affecting pedagogy and ultimately assessment of students. While Educationists will always control the avenues of impacting knowledge, it will help lift the veil of invincibility, and control the Alpha & omega-esque nature of their jobs when it comes to effecting their duties. In addition, what obtains in practice in many Tertiary institutions, on the basis of the foregoing is that an A student will fail a course, and there is usually no respite from inquisition to know why. A student who complains may, and in other instances  end up being vilified for daring to question such process. An additional downside to this is that in a helpless bid to make better fortunes for themselves and to avoid falling into the merciless circle of callous Educationists, these students form an affinity with these individuals that becomes a subtle form of a quid pro quo alliance.

When these systemic factors are addressed, It will result in setting the perfect template for an appropriate bill that will stand the test of time.

Omowumi is a legal practitioner whose best friend was raped at the age of 12, and lost her life in the course of procuring an abortion...